Put simply, change management is about facilitating the shift from the current way of doing things, whether this relates to systems or process, to a new way. There are a number of theories on the best way of achieving this and these learning resources focus on one – Nudge theory. In the audio clip (to the right) your HR tutor Andrew gives an overview of the purpose and content of this learning, and below is a summary of how this fits with the CIPD units.

Change is a key, and unavoidable, issue in the modern organisational world. A range of factors can cause organisational change, including economic downturns, technological changes, competitive pressures, customer pressures and changing markets and new legislation. Research indicates that organisations are undergoing major change approximately once every three years, with smaller changes are occurring almost continually (CIPD, 2019). As the old saying goes, the only constant in life is change.

Effective change management is hugely important, as despite the extent of change faced by modern business, evidence suggests that a considerable number of organisation change initiatives fail. CIPD research suggests that less than 60% of reorganisations meet the stated objectives.

Effective change management concerns more than just the controllable (business processes that can be designed and implemented) – it also concerns the uncontrollable (people, and the meanings that people attach to such processes).

Individuals and their reactions to proposed changes are ‘uncontrollable’ because everyone is different. Each employee will have their own personality (more or less comfortable with change); their own history (experience of changes in the past); and their own unique position in terms of the change under consideration (it might or might not effect them, and if it does, this might be positive or negative).

There are a number of different theories and models of change management. Many, such as those from Kotter (8 stages) and Lewin (unfreeze, change, re-freeze), focus on implementing change in a way that seems more appropriate to new systems or processes and often focus on getting people to accept the change. Nudge theory is based on how people think and what influences their behaviour.

Carry out some internet research on nudge theory and make a note of the following:

Nudge theory, or nudging, works on the principle that small actions can have a substantial impact on the way people behave. Those that create the environment for the choices are referred to as ‘choice architects’, encouraging rather than forcing people to make better decisions.

Richard Thaler is referred to as the godfather of nudge theory and is the co-author of Nudge: Improving Decisions About Health, Wealth and Happiness. He states that nudges are valuable because people behave in fundamentally irrational ways.  Social psychologist Daniel Kahneman established that our brains operate in two different systems of thought:

In 2010 the UK coalition government founded the Behavioural Insights Team. Know as the Nudge Unit, and at the time seen as ‘wacky and voguish’, the aim was to improve social outcomes using low-cost interventions. The Team’s work saw successes in areas including tax payments, charity giving, electoral participation and organ donation.

This has also been of interest to the CIPD. Their report Our Minds at Work: The Behavioural Science of HR argued, while the profession spends much of its time creating policies that ultimately benefit the organisation, designing effective interventions demands consideration of how people think and what influences their behaviour.

Extract from Burt, E (2019) Nudge theory can help change your employees’ behaviour (without them even realising), published in People Management, 28 March 2019.

In the clip on the right, behavioural psychologist David Halpern explains the principles and use of nudge theory in more depth.

As already explained, the principles of nudge theory are based on research in behavioural science. In 2014 the CIPD published a report pulling together this research and what it means for HR.

The link on the left takes you to the research report Our minds at work: The behavioural science of HR. Read the executive summary and the section that briefly explains how understanding of how the mind works can be applied in change situations (page 18). Make a note of your thoughts on the subject. 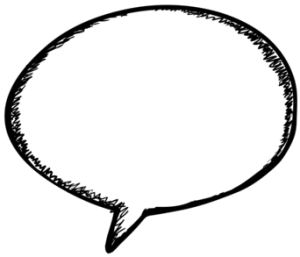 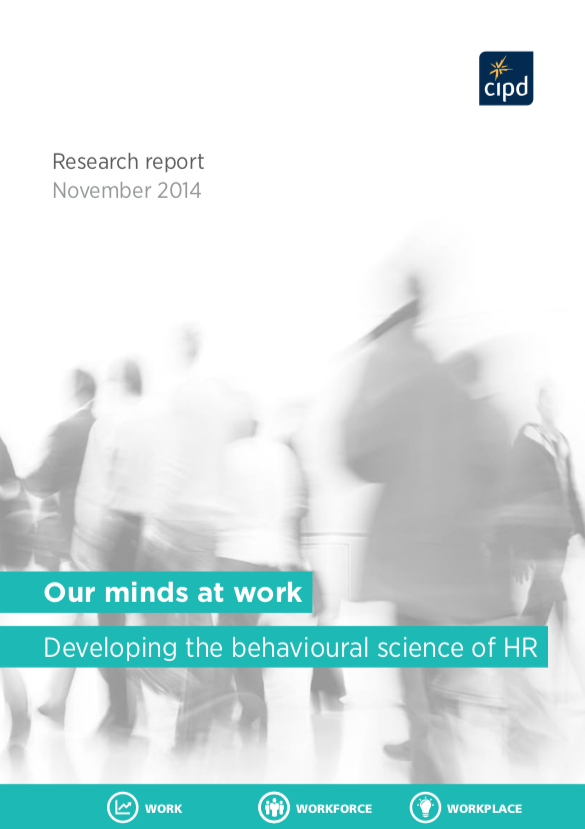 In the video clip above, David Halpern referred to the EAST acronym. This stands for easy, attractive, social and timely and according to the Behavioural Insights Team all good nudges follow this. Below is an example of EAST in action.

Rob Baker, founder and ‘chief positive deviant’ at consultancy Tailored thinking, deployed [EAST] in full when he wanted to improve take-up of annual leave at the University of Melbourne during his time as higher education HR professional.

His campaign targeted academics with step-by-step guides to taking leave, outlining the health benefits of time off and stating how many days they were entitled to by the end of the year. He included a dash of social pressure by showing that all the heads of department had booked their full allocation.

“Getting someone to take a tiny step in the right direction that you want makes it more likely they will actually achieve it in the long run,” he says. “In this way, nudges are a powerful tool for improving wellbeing.”

Extract from Burt, E (2019) Nudge theory can help change your employees’ behaviour (without them even realising), published in People Management, 28 March 2019.

From what you have read so far you should now see that the use of nudge, and the behavioural science behind it, can facilitate organisational change in a different way than we’re used to. Often characteristics of the new way of doing things are mandated and change management focuses on compliance.

Think about a recent or current change in your organisation.

Make a note of your thoughts.