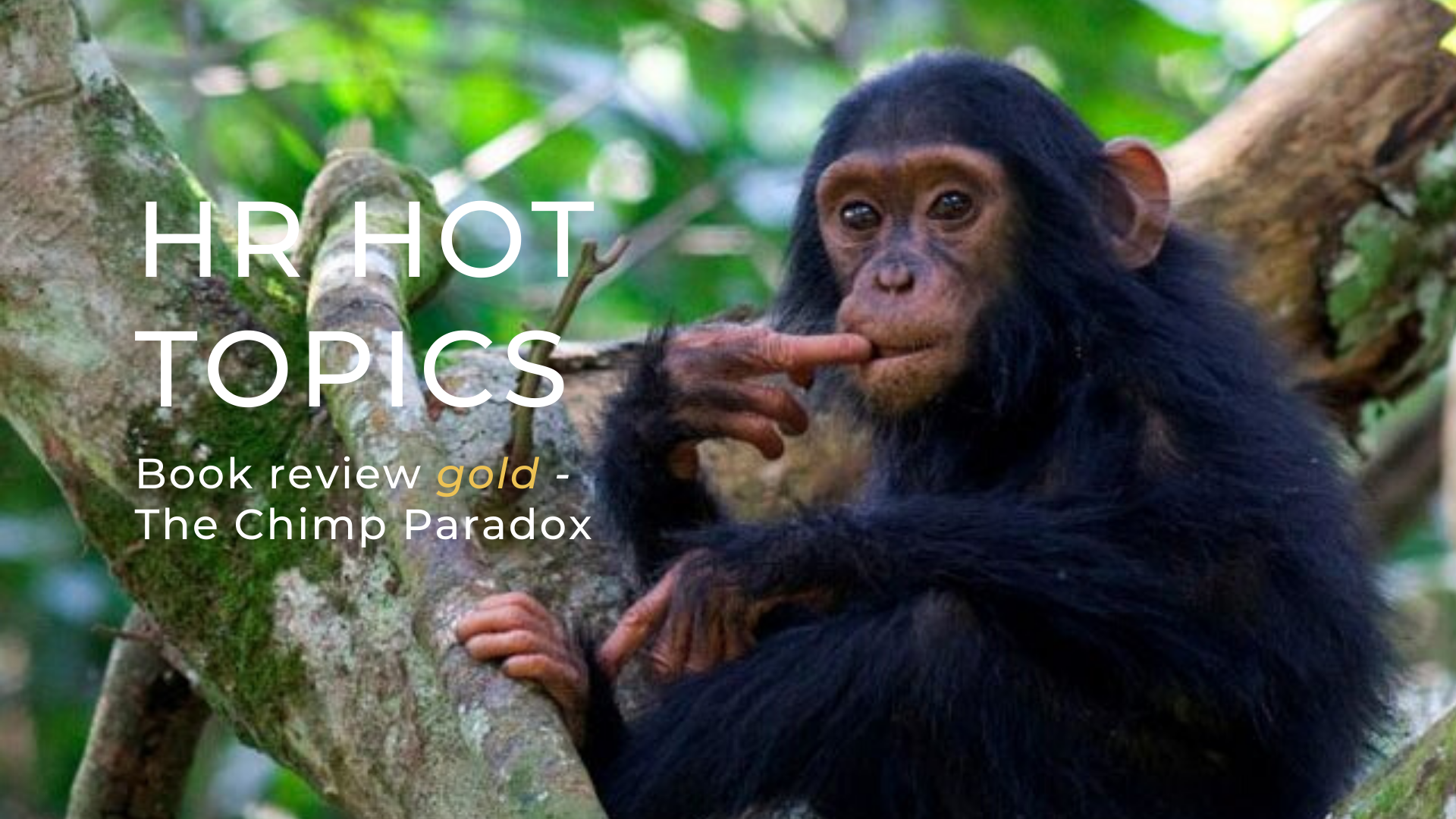 Let’s start with some questions. Do you…

In this week’s post, I review The Chimp Paradox by Professor Steve Peters, Senior Lecturer at Sheffield University. Peters has worked for number of years with a wide range of professionals, most notably sports stars including Ronnie O’Sullivan (World Snooker Champion) and World and Olympic Cycling Champions Victoria Pendleton and Sir Chris Hoy.

In The Chimp Paradox, Peters explores three elements of the brain’s complex circuitry and the role they play in how we think and behave.

The three elements operate at different speeds and strengths.

All of this has been established through scientific research looking at how the flow of blood in the brain changes in response to different situations.

It’s probably easiest to explain this in the context of how the Chimp and Human might react to a situation. When the brain receives information, it goes to the Chimp first who will view this from an emotional perspective, as in how it makes the Chimp feel. Because the Chimp is faster, it may respond to the situation, especially if it is a danger or threat. When the Human receives the information, it will view this from the position of the true self and will apply thought and logic before responding.

The Computer plays a role in the actions of both the Human and the Chimp as they will refer to its contents in determining a response. Therefore what is contained within the computer is of vital importance.

As you can imagine, this process quite often causes conflict between the Chimp and the Human as they may not agree on a particular course of action. A case of emotion versus logical thought. This explains why in most situations willpower (of the Human) is not enough as the Chimp will usually win.

Peters makes an important point throughout the book: you cannot control the Chimp but you can manage it. You don’t have to follow your emotions, you have a choice. He also emphasises that this is not as easy as it sounds and requires training and work to strengthen the Human and Computer.

Once the fundamentals of the Chimp model are established, the book goes on to explore other aspects including:

What does this mean for individuals, leaders and managers?

We can manage ourselves better – managing the Chimp, strengthening the human and working on the computer to remove gremlins (learned negative thoughts and behaviours) and input autopilots (positive ones).

How we interact with others – most notably dealing with other people’s chimps, planning and delivering our communication in ways that calm their Chimps and interact with the Human (the real person).

Overall, the need to invest time in ourselves to ensure we are more able to achieve success and happiness.

In this book Peters is effective in translating the science into themes and models. He uses many examples throughout to demonstrate points and ends each chapter with a summary and some suggested activities. Throughout the reader in encouraged to pause, reflect and to take action.

The Chimp Paradox challenges thinking to such an extent that you will start to recognise when your Chimp is in control (I’ve even given mine a name!). Remember, you are responsible for your Chimp so, like any book, it’s down to you as to what you do about it.

What next for non-disclosure agreements?