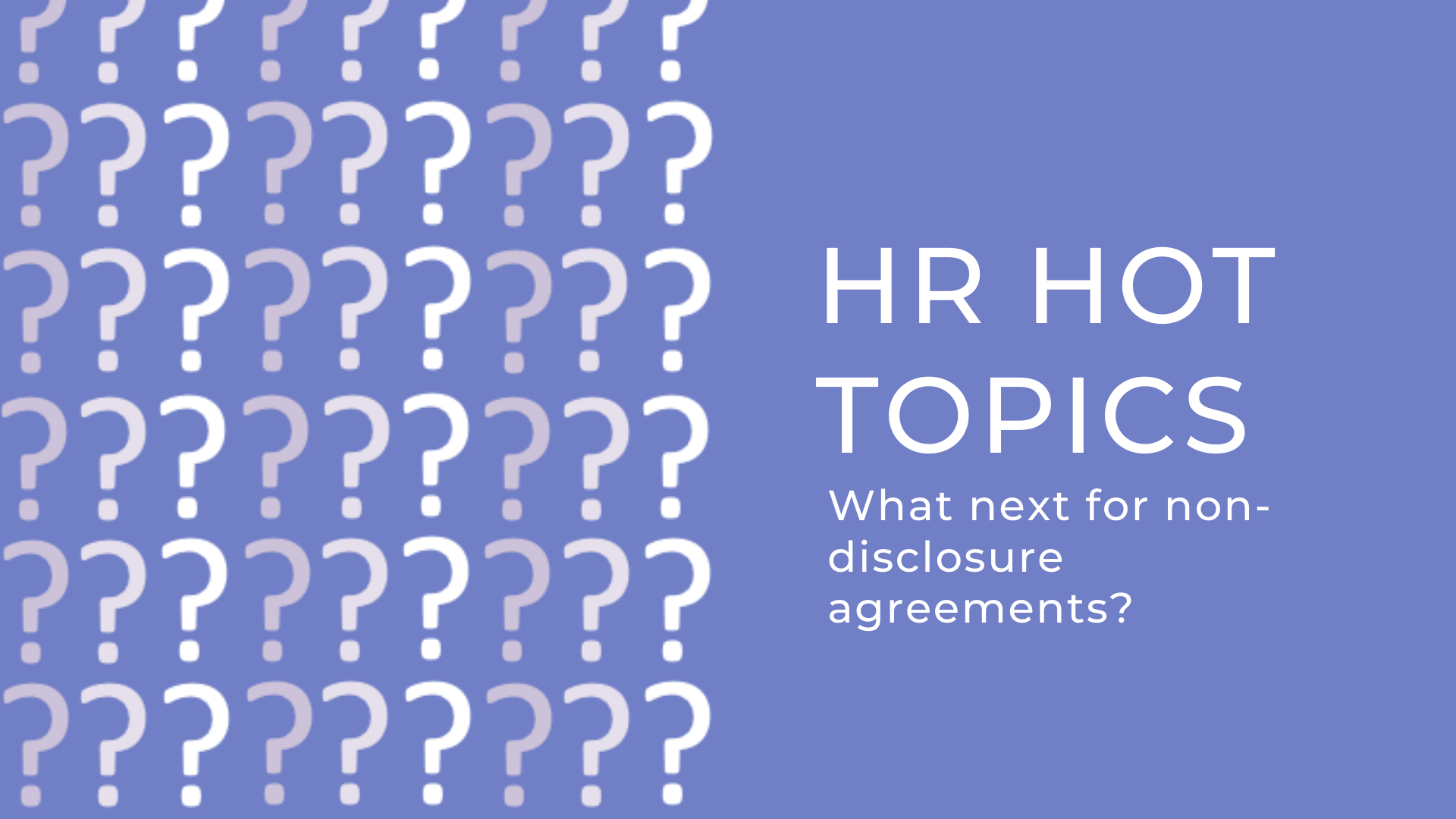 It can’t have escaped your attention that there’s been a fair amount of press coverage on the subject of non-disclosure agreements, or NDAs for short, the most recent highlighting a report produced by MPs on their use.

Usually part of a settle agreement (used, as the name suggests, to settle a dispute or specific claim between an individual and the organisation) a NDA requires the individual to keep the whole matter confidential. Concerns have been raised over their seemingly excessive use to keep matters under wraps and it’s not surprising, in the era of Harvey Weinstein and Philip Green, that questions have been raised.

The Government is currently consulting on two specific proposals:

Interestingly, these don’t add to the current requirements of the law on settlement agreements. They do however remove ambiguity, making clear to employees what they can and cannot do. These mean that NDAs shouldn’t prevent any illegality on the part of the employer being brought to the attention of the authorities, and the presence of a lawyer should, to some extent, ensure individuals know their rights.

So, what do HR professionals think of NDAs? Last week I conducted a quick poll with an independent HR consultants group on Facebook. Of the 32 responses 100% felt the use of NDAs is justifiable, with the majority highlighting the need to use them appropriately.

I think there are two aspects to consider here:

No doubt the debate will rumble on – keep your eyes peeled for developments.

Thank you to those from the HR Freelancers Facebook group that voted on the poll and contributed to the discussion!

Managing Stress in the Workplace