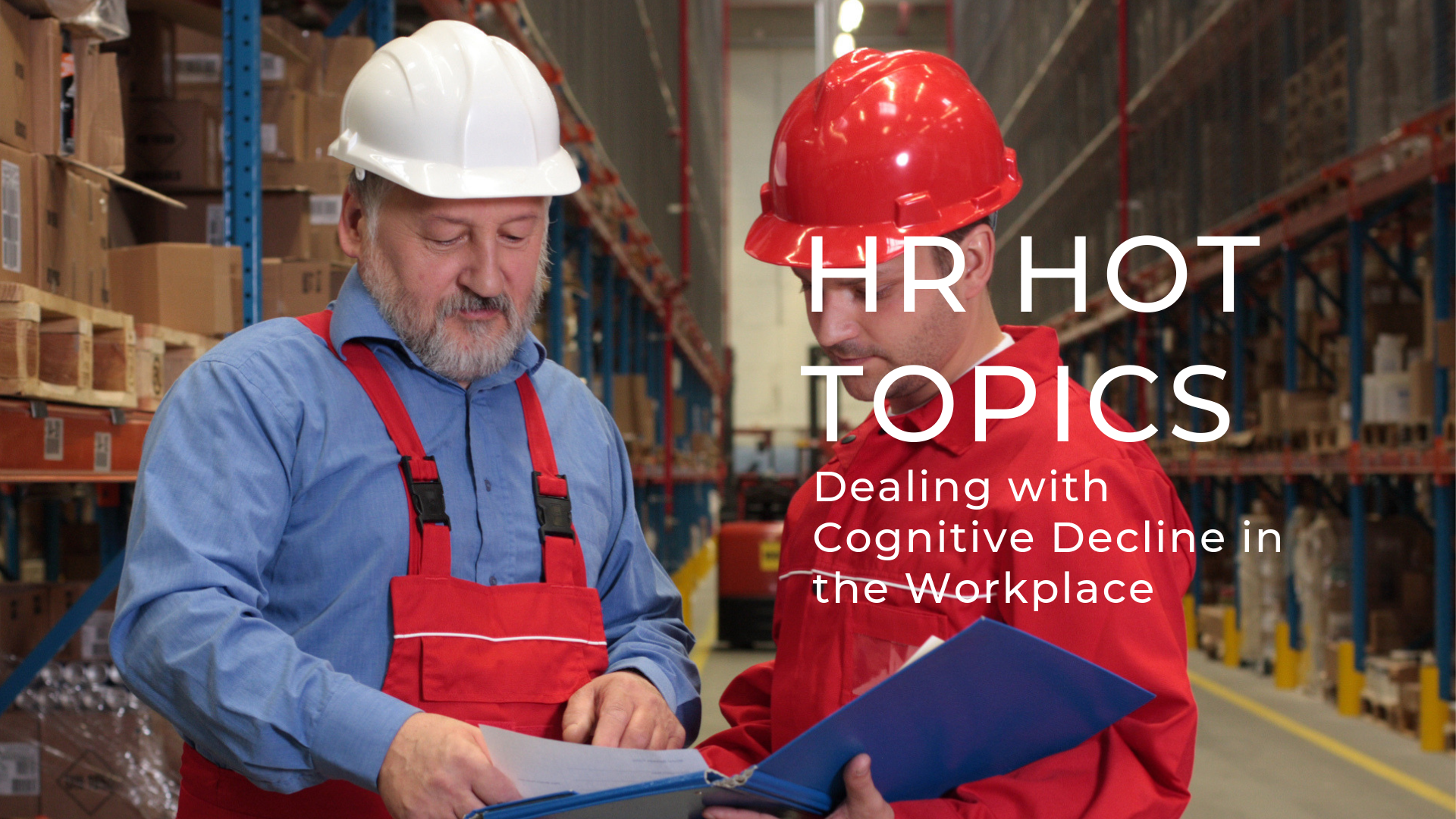 Improvements in health and life expectancy combined with the removal of the default retirement age mean that more and more older workers are part of the UK’s working population. This can bring great benefits, not least in the depth of knowledge and experience older workers can bring. It does highlight a new area, which leaders and managers may not have had to deal with before, that of cognitive impairment and decline.

According to the results of a study published by the Centre of Economics and Business Research, 10% of businesses employ someone with dementia. And you shouldn’t think that the condition only applies to older workers as the Alzheimer’s Society reports that of the 850,000 people in the UK living with dementia, more than 40,000 are under the age of 65.

In many cases, dementia will be considered to be a disability under the terms of the Equality Act 2010 so it’s important that employers recognise their duty to make reasonable adjustments in such cases.

How can you recognise whether someone has dementia?

This is often difficult as the symptoms can be quite similar to those of conditions such as stress and depression, but may include:

Adjustments to the workplace may include:

Now, no one is expecting you to be a medical expert and make a diagnosis on the spot. The important thing is to recognise when an issue arises and to seek the appropriate advice, guidance and support. The Alzheimer’s Society have produced guidance on creating a dementia-friendly workplace. And, if you’re looking for an example of an organisation handling this with sensitivity and compassion, see The Independent’s reporting of Sainsbury’s supporting a worker with Alzheimers.

What next for non-disclosure agreements?