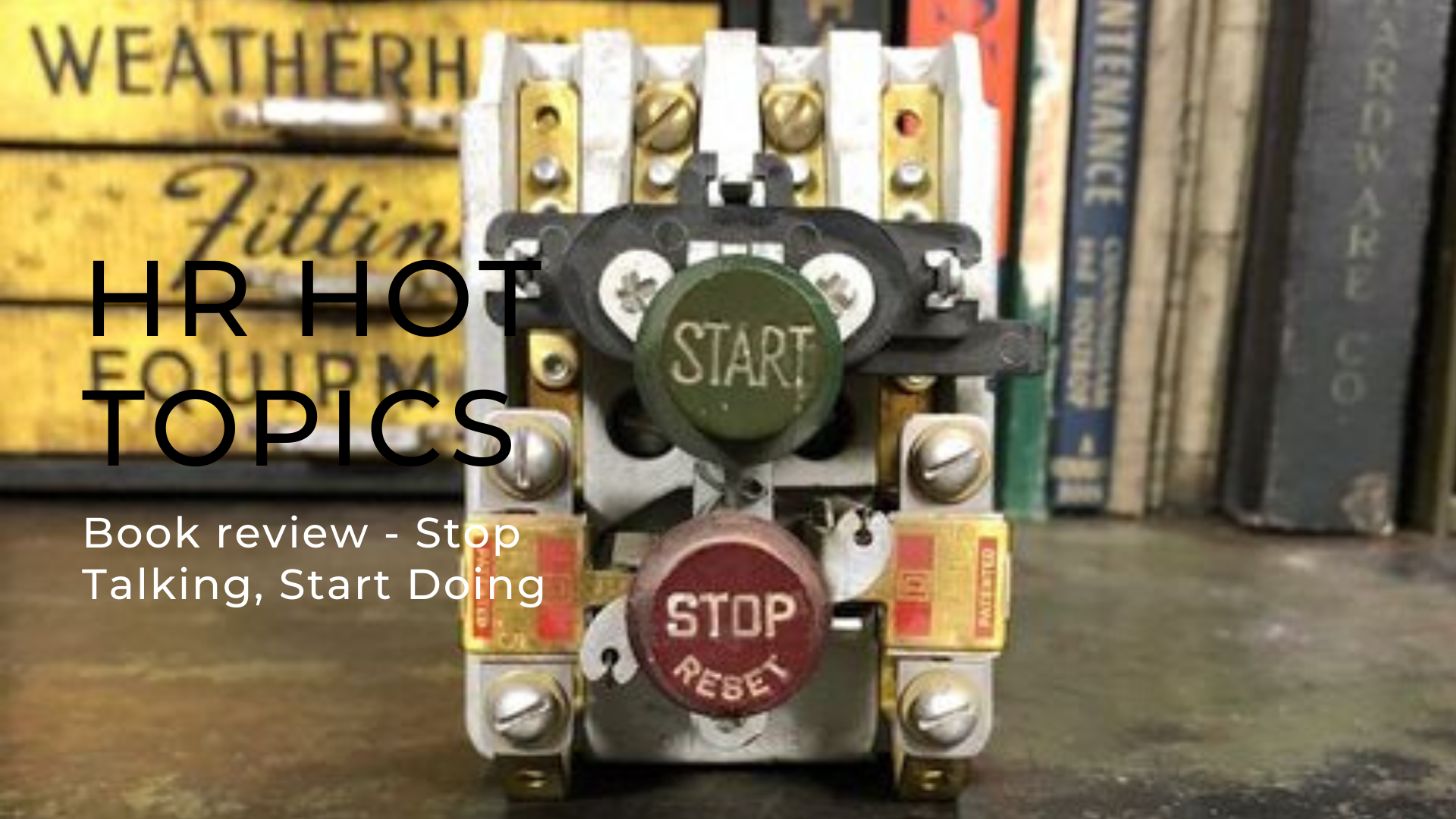 Stop Talking, Start doing – it doesn’t take a genius to figure out what drew me, and I’m guessing many others, to the title of the book of that name by Sháá Wasmund (with Richard Newton). In fact, I bet that we all have things that we talk about doing, from starting a business to losing a little weight, but never actually do. And that’s what this book is all about. Sháá explains at the start that the original plan was to write a book for people who have always wanted to start a business but then found that the principles apply to any number of aspects of things we put off in life.

It’s really the sub heading of “A kick in the pants in six parts” that encapsulates Sháá’s approach to helping us to turn talk into action and it’s these six parts that form the structure of the text. In the clip below Sháá explains what it’s all about.

I found this to be a really accessible book with the six sections giving a clear structure whereby you can stop, reflect and take action. The section on fear and regret was particularly challenging as it makes you face up to the fact that what you don’t do now because of fear will inevitably become regret in the future.

The f-word is not one many of us care to contemplate, yet it is the fear of failure that quite often holds us back from pursuing our goals and dreams. In tackling the issue of failure Sháá encourages us to think of the subject differently.

Sháá tells a story of Julie, someone with a pretty standard nine-to-five office existence, who dreams of becoming a chef and running her own restaurant (cue images of chic Restaurant Juliette). Julie quits her job but ends up running a street food stall.

Sháá explains that the answer depends as none of the outcomes are a failure. If Julie had let fear of failure prevent her from following her dreams she’d still be clocking in at the office everyday. Julie has achieved her dream of becoming a chef and she really enjoys working on the stall, even the long hours and inclement British weather.

As Sháá reflects that “if you didn’t like where you were to begin with then the action of pursuing your dream means wherever you end up, it will be somewhere different”.

Sháá uses language that is chatty yet informative and is greatly supported by inspirational quotes, many of which you feel are worthy of sticky note on the office wall. So, if there’s something to spend a lot of time talking about but never get around to doing, I’d say this is the book for you.

Weighing up the options

Dealing with Cognitive Decline in the Workplace