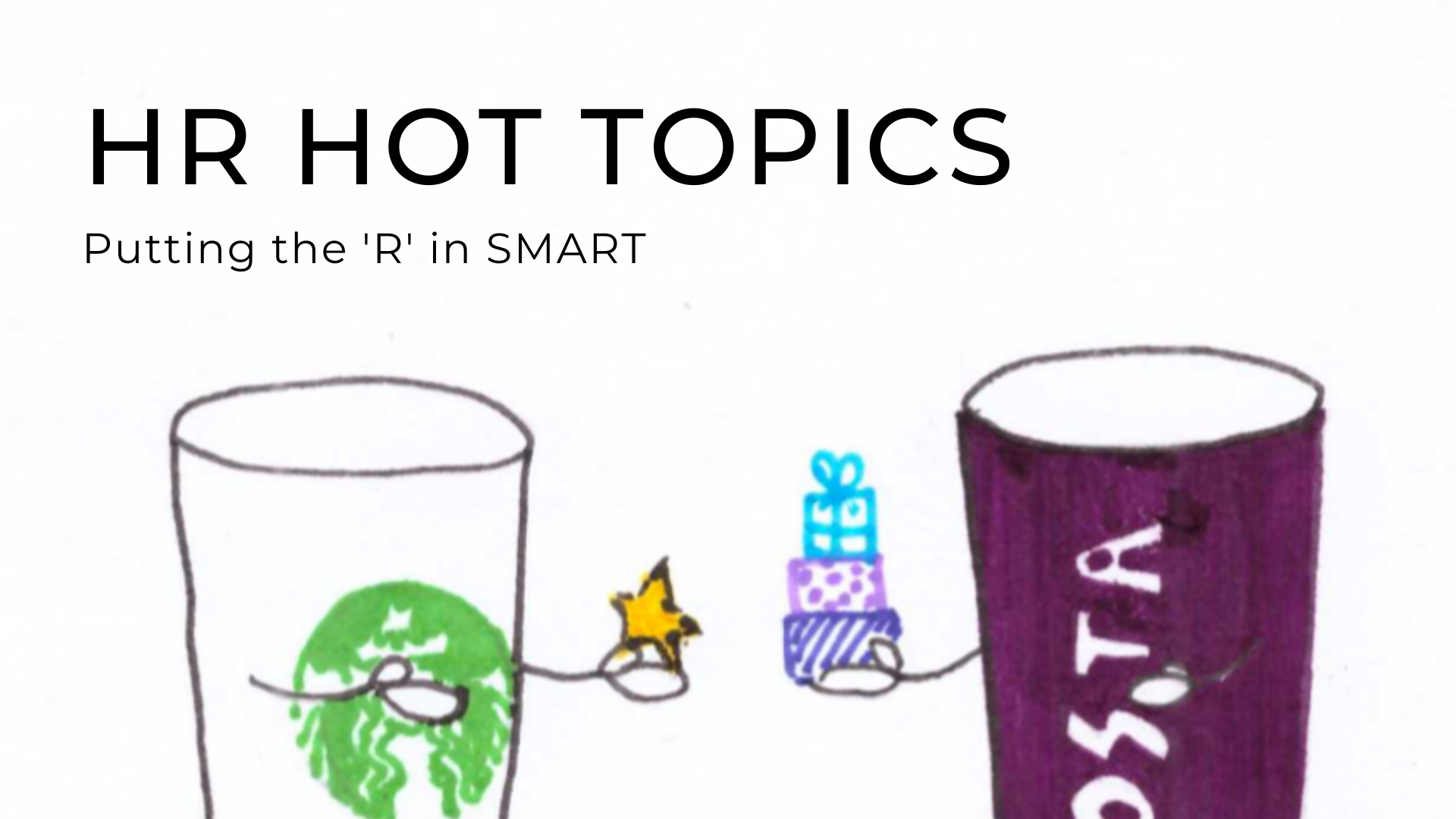 Listen to "Putting the 'R' in SMART" on Spreaker.

As HR professionals it’s likely that we remind managers to ensure the targets they set for staff are SMART so many times we’ve considered having it as a recorded message. While the acronym is known to pretty much everyone, I want to focus on the importance of targets that are realistic. I do feel that the ‘R’ is often in the shadow of the more glamorous specific, measureable and time-bound.

I recently experienced the role of realistic targets in my day-to-day life and I’d like to use this to illustrate some points.

When they are open, I’m a frequent customer of a couple of the high street coffee chains, namely Starbucks and Costa Coffee. Of the two my preference is for Starbucks but would settle for a Costa. Both chains run app-based loyalty schemes, which I’m signed up to, each with different methods of incentivising and rewarding loyalty.

In mid-January of this year I received marketing emails from both chains on their latest ‘offers’, presumably in an attempt to increase custom in the quiet just-after-Christmas period.  What they outlined was similar in that they set a target relating to visits to their outlets, and linked this to a reward. Both also used the usual ‘it’s coming’ teaser campaign and a ‘go, go, go!’ email to start. How the targets and rewards worked were however quite different. 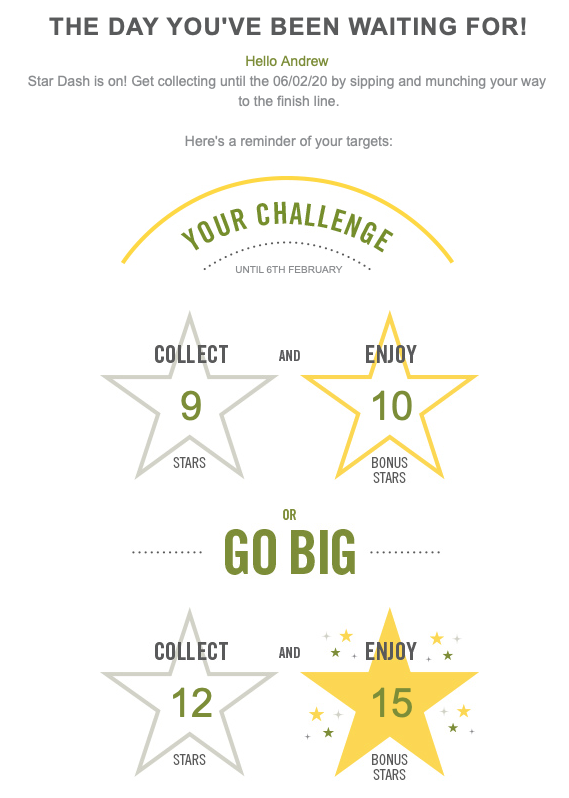 As you can see the Starbucks ‘Star Run’ required nine visits to earn ten additional starts (15 starts = one free drink) whereas Costa’s promotion had increments starting at three visits, with the rewards increasing in value. The timescales were also different – Starbucks was ten days and Costa’s was a month.

So, that’s set the scene. What do you think happened?

Remember that of the two Starbucks is my preference!? Off I went about my daily business and where possible I aimed to have a coffee at Starbucks. Pretty soon I realised that nine visits was quite a tall order (more of a grande order in fact!) especially as I don’t live near a Starbucks. I even tried playing the system a little by pretending to forget that I also wanted a muffin so that it counted as a separate transaction. Within a few days I’d given up on trying to meet the Starbucks target and I switched my focus to Costa.

To help explain why this happened I’d like to bring in the work of Vroom and his expectancy theory. In his theory on motivation, Vroom realised that effort, performance and motivation are linked in a person’s motivation. Vroom identifies three variables:

Applied to my scenario… the expectancy was met in both cases. Increasing visits to either Starbucks or Costa would lead to more starts or points. Valence was also similar for both, although the perceived value of Starbucks was higher due to my personal preference. It was instrumentality that was in question for the Starbucks promotion and the target set was potentially beyond my level of performance.

How can we use this?

In the context of performance management in the workplace, I think this highlights the need to give aspects of a realistic target as much attention as the other elements. And perhaps Vroom’s model can be used as a checklist:

Expectancy – will increasing effort increase performance? We all know that our ability to achieve something is affected by factors outside of our control, so this point is very much about being clearer on to what extent the actions, or efforts, of the individual can contribute to that specific target being achieved.

Instrumentality – having established that increased effort leads to improved performance, is it possible to reach the target set? If it’s not, and the individual believes that too, the effort employed will decrease. Perhaps revisit the target or break it down into smaller parts.

Valence – does the individual value the outcome? A physical reward (including money) will need to be sufficient to motivate. Perhaps the process of meeting the target will be sufficient value in itself.